Your One-Stop Center For iPad Styluses 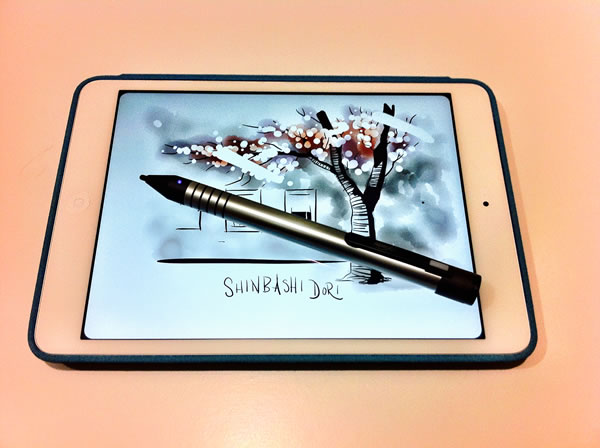 Following the success of the TruGlide Apex which was successfully funded on Kickstarter, LYNKtec has come out with a newer improved version called the Rechargeable Apex. Here’s a hands-on review of the latest stylus for the iPad and Android devices.

If you have not heard of the original TruGlide Apex stylus, it’s actually a stylus which uses a hardened rubber tip that’s only 2.3mm in size. It uses electronic circuitry to simulate the finger powered by a AAAA battery. For the Rechargeable Apex, it now has a built-in lithium ion rechargeable battery. So all you need to do now is just plug it into a USB port and it’ll charge the stylus. This is not a pressure sensitive stylus and does not require Bluetooth to use it which means that you can use it straightaway with any app.

Here’s some of the key differences or improvements compared with the TruGlide Apex.

1. The Rechargeable Apex is now slightly longer at 15cm (6 inches) compared with the TruGlide Apex which was 14cm (5.5 inches).

2. A handy metal pocket clip so that you can clip it to your case or pocket.

3. A replacement polymer nib that’s hidden in the screw on cap that also has the micro USB charging port.

5. Automatically shuts down after 30 minutes of inactivity. 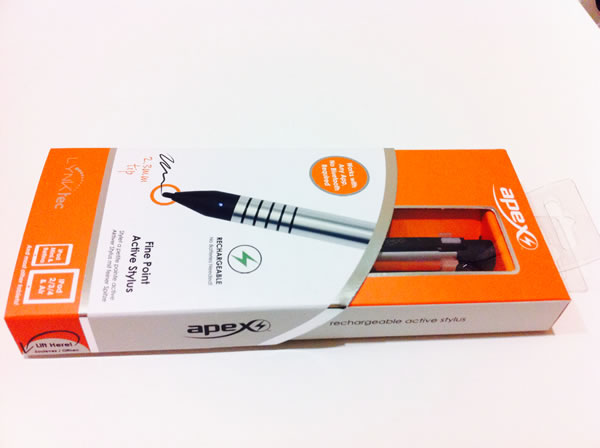 The packaging of the box is actually pretty good and has the premium feel to it. No messy ripping out the product from the box so kudos to LYNKtec for that. It comes with the stylus, a charger cable and a quick start guide. It’s hard not to be impressed when you first see the stylus. The model that I have is a satin chrome which I think is the only available color for now. It has a good weight to it and the brushed aluminum body feels really good in the hand. It has the same 2.3mm tip which feels sturdy and durable. The stylus itself cannot work without being turned on. To turn it on, press the button switch on the clip for 3 seconds and you’ll see a blue LED at the tip of the stylus. To turn it off, you do the same but if you forget don’t worry as it’ll auto shut down after 30 minutes to preserve the battery.

One thing I noticed is that it does not work too well with devices that has a screen protector on it but it’s not really a problem with the stylus as the problem is reproducible with other styluses that I have. I have asked LYNKtec about the supported devices and currently the stylus was designed for use with the iPad 2/3/4, iPad Air, iPad Mini, and iPad Mini Retina. It has not been specifically tuned to work with iPhones since they use a different touchscreen input than iPads. It also works on some Android devices like the Galaxy. Anyway, I tried it on my iPhone 4 and it seems to work reasonably well but most of the testing is done on the iPad Mini Retina.

I tested the stylus with FiftyThree’s Paper app which is an obvious choice. The stylus writes pretty well like you’re using a ballpoint pen as it glides smoothly around the surface. The fine point stylus does its job pretty well. There’s something that I noticed though. If you draw a line slowly diagonally, it seems to produce a wavy line compared with another stylus that I used. The problem goes away if you draw the line quickly. You can see the result below where 1) is drawn with a normal rubber nib stylus and 2) is drawn with the Rechargeable Apex. A quick check on this issue seems to be a common issue for most active styluses out there in the market. As the fine point is smaller than the grid squares on touch screens, the software traces along the boxy grid lines and delivers a jagged line as the output. It seems this is something that app developers need to help fix on their side but at time of writing, Paper produces the problem. Another note taking app called ZoomNotes seem to have rectified this issue. 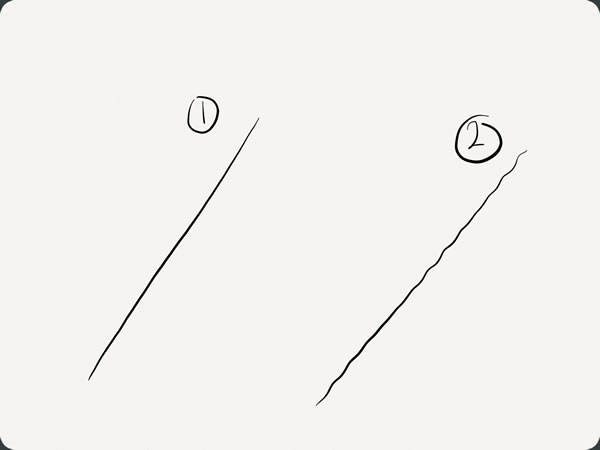 It’s good that LYNKtec provided a replacement nib as these tips do not last forever even though it feels pretty durable. It’s quite easy to replace it, just squeeze the nib and twist it off slowly. The replacement nib is found in the screw on/off cap and you just push it in until it is securely seated over the metal tip. 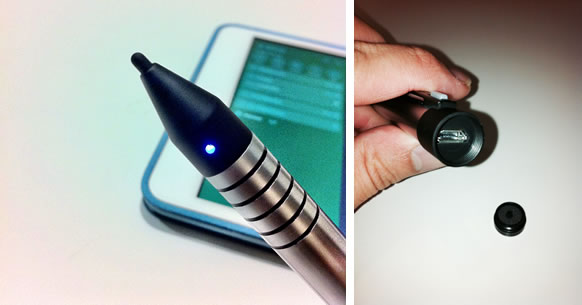 According to LYNKtec, the stylus charges fully in 90 minutes either via a computer or a USB AC wall adapter. The button on the clip will glow RED while charging and BLUE indicates a full charge. A blinking YELLOW indicates that it’s low on battery. One full charge is expected to last for 16 hours. So depending on your usage, it should last you for several weeks. The battery is also expected to be rechargeable up to 500 times before it fails.

The LYNKtec Rechargeable Apex is truly an improvement over the previous version. It looks good and it feels good in the hand. Most of the minor complaints from previous version is incorporated into this version. If you’re looking for a good fine point stylus, this is highly recommended for use with your drawing and note taking apps. It’s currently retailing for $69.99 and replacement nibs in packs of 3 and 5 can be purchased here. It’s also available at Amazon. Check out the introductory video below:- 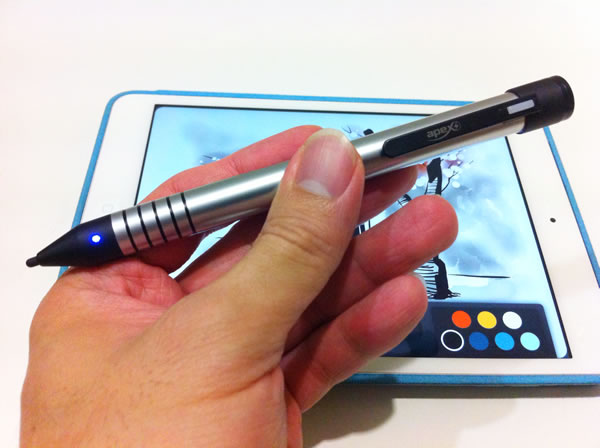 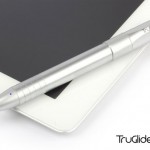 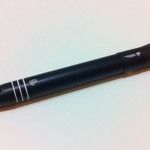 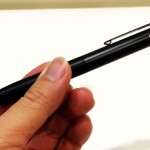 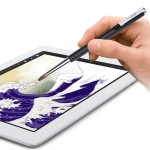 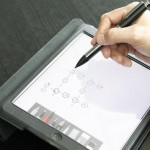 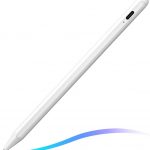 Thanks for visiting iPad Stylus Blog where we bring you the latest news, updates, guides and reviews on the best stylus and pens that is out there in the market. The stylus is a great tool for taking notes, sketching and drawing on your tablet devices. Do bookmark us and drop by again!